Damn, I Wish I Was A Man 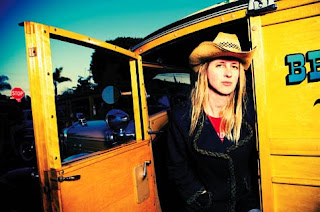 Back in my early days as a radio host, the station received what appeared to be another punk music compilation by its packaging.  Radio Tokyo Tapes, Vol. 3 featured a host of alternative musicians, but it wasn't punk, it was acoustic music, and I featured it heavily on my new "fringe folk" show. 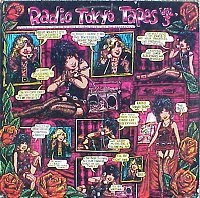 One of the outstanding cuts on the collection was "Damn, I Wish I Was A Man," by Cindy Lee Berryhill.  It was a funny, jazzy protest of the double standard which allowed men such luxuries as sexy beer guts, rude bumper stickers and accepted misogyny.  It turns out that Berryhill, a California native, was living in New York City and fomenting an "anti-folk" movement there. 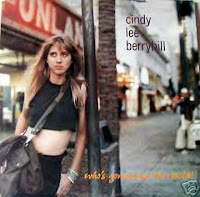 Other people noticed too, and Berryhill was signed to Rhino Records for what was to be their first release of original music by an artist (Rhino was, and still is, none for its reissues of older music).  The album, Whose Gonna Save the World, became a favorite.  It was a mix of folk, rock, jazz and was delightfully unclassifiable.  Her quirky songs and singing style made here a favorite on the club circuit, and I saw her a few times up a the Iron Horse in Northampton where Shawn Colvin opened for her, at least once.

Colvin went onto mainstream fame, and Berryhill, driven by a need to create signature art, created a few more very interesting albums, including one, Garage Orchestra, that seemed to draw some inspiration from the rich compositions of her hero Brian Wilson.  At about that time Berryhill met and married Paul Williams, the founder of Crawdaddy Magazine.

Labels still were interested in Berryhill's unique musical approach, and Warner Brothers provided production money for some cuts that have never seen the light of day.

Cindy comments about the chapters in her life at her own blog, Beloved Stranger. 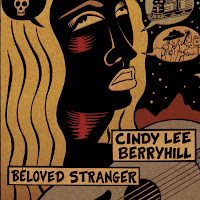 Unfortunately, Berryhill's married life was not without bumps, and between raising her son, and soon having to care for a husband with early-onset Alzheimer's-like dementia (due, it's surmised to a head injury from a bicycle accident), Berryhill's musical career went into hiatus.

Two years ago she went back into the recording studio, partly bolstered by the success of an political protest song unleashed during the Bush presidency, "When Did Jesus Become A Republican?"  The album Beloved Stranger, featured duets with musical friends Dave Alvin and Peter Case and featured the lovely title-cut ballad about her relationship with a husband who no longer recognized her.

After she was forced to seek institutional care for her husband, Berryhill found the time to gig around her home in Southern California, often in benefits for Williams.  Her welcome reception allowed her to consider wider touring, including an East Coast tour with stops in her former haunts in New York City, Boston (where Crawdaddy began), and to Middletown and the Buttonwood Tree Friday (close to New Britain, the home of her archivist Alan Bershaw).

It's been a long road for Berryhill, who's in the process of producing a new album, but it's wonderful to see such a welcome second act for one so talented.
Posted by Middletown Eye (Ed McKeon) at 12:08 PM