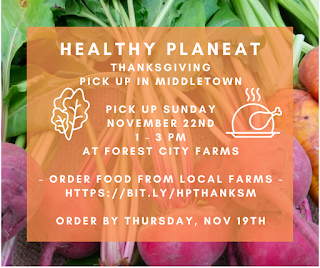 Healthy PlanEat is offering a series of Thanksgiving pick up events where you can order food from local farms that use sustainable growing practices. Order today (Saturday, November 14th) through Thursday, November 19th at this link: https://bit.ly/hpthanksm 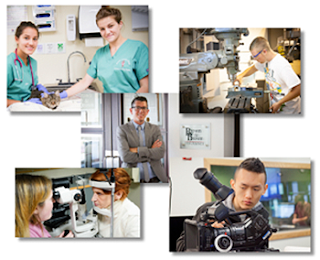 Sign up for a virtual open house about any of the program subjects or choose any information session from the weeklong schedule which starts on Monday, November 16. Explore degree or certificate programs ranging from Radiologic Technology to Criminal Justice to Manufacturing and many more.

The virtual academic program sessions will be led by faculty from each area of study via Webex. Attend as many as you are interested in throughout the week. An Enrollment Services representative will also be available during all sessions to answer questions about admissions, registration, or financial aid.

Posted by Middlesex Community College at 5:49 PM No comments:

Email ThisBlogThis!Share to TwitterShare to FacebookShare to Pinterest
Labels: college

In case you didn't see the Pipeline newsletter recently published by the Water and Sewer Department and haven't visited their website lately:

In Middletown,  in the in the beginning of October, the reservoirs dipped to 56% capacity prompting the water department to issue a water conservation advisory.

Due to the unusually dry weather that we have encountered this summer, the City of Middletown is asking customers to please conserve water. This is not a mandate but a request. We are asking that everyone limit nonessential water use. This will help us ensure that everyone has all the water they need.

Run washing machines and dishwashers only with full loads

Shut the tap off while washing hands, shaving and brushing teeth.

If the capacity of the reservoirs reach a low 50%, the water department may move to mandatory restrictions that will need to be enforced. The scorching summer heat brought record low rainfall and much of the northern and eastern parts of Connecticut are in severe drought, prompting us to ask you to limit water use. At Bradley International Airport, precipitation from June 1 to August 31 totaled 4.42 inches, the lowest level recorded in more than a century of data collection, according to state whether expert Gary Lessor. Hartford had 39 days of summer with a high of at least 90 degrees, the most ever.

Posted by Reader Submitted at 3:06 PM No comments:

Oddfellows events for kids and teens coming up! 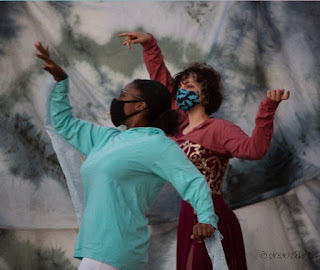 Oddfellows Playhouse Youth Theater in Middletown is offering local young people a variety of opportunities to get involved in the arts over the coming weeks. The upcoming schedule offers something for all age groups from 5 to 20, and includes performance opportunities, classes and lots of fun.

Young performers ages 14 – 20 are invited to join the Teen Repertory Company virtual production of “A Mystery Murdered”, a comic mystery directed by Playhouse Program Manager Jacque Brown. The play will have two rehearsals (December 2 and 3, 6:30 – 8 pm) and a single virtual performance on Friday, December 4 at 6:30 pm. Tuition is $30.

The Junior Repertory Company will be offering 2 in-person classes for ages 12 – 15, each meeting twice. “Spoken Word Night” will be led by Hartford-based performing artist and poet Laugh Sanchez on November 19 and December 17, 5:30 – 6:30 pm at the Playhouse, which is located at 128 Washington Street in Middletown. On November 24 and December 8, Carmine Lavieri will be leading “Improv Jams”, also 5:30 – 6:30 pm at the Playhouse. Both classes are limited to 8 participants and will be held in our large, well-ventilated theater; masks and social distancing will be required. Tuition is $15 per class, with discounts for signing up for multiple classes. “Spoken Word” will focus on creating original poetry for performance; “Improv Jam” will be a fast-paced evening of theater improvisation. No experience is necessary for either of the groups, and financial aid is available for anyone who needs it.

Younger students have a series of virtual events and classes to choose from over the coming weeks, starting with “Chill Art Party” with Artemis Omani on Wednesday, November 18, 4:30 – 5:30 pm. “Chill Art Party”, open to ages 6 -11, is a relaxing chance to draw together, listen to music, and share your art work. Markers and drawing pads are available to pick up at the Playhouse.

“Holiday Crafts”, with Cookie Quinones, is a hands-on chance for kids ages 5 – 8 to create various holiday-themed crafts. It will be held via Zoom on Monday, November 23, 5 – 6 pm, and supplies will be available to pick up at the Playhouse.

On Wednesday, December 2, kids ages 6 – 11 may join Oddfellows Circus Director Allison McDermott for “Circuspalooza”, a chance to learn or practice your circus skills, including juggling, balancing, flower stick, and other cool skills. “Circuspalooza” will be held 4:30 – 5:30 pm, and students may borrow equipment from Oddfellows to use at home.

On Wednesday, December 16 from 5 – 6 pm kids ages 6 – 14 may join Playhouse Hip Hop dance instructor Felicia Goodwine for a “Virtual Holiday Dance Party”. Get ready to work up a sweat dancing with Felicia and friends!

The 2020 season will culminate with a “Holiday Family Paint Night”, led by Lanea Collins, on Monday, December 21, 5 – 6 pm. The virtual session is open to ages 5 – 11 and their families; paint supplies may be picked up at the Playhouse prior to the class.

Tuition for all individual classes is $15 per class, and financial aid is available. It is Oddfellows policy that inability to pay should never stand in the way of participation.

Oddfellows Playhouse will be offering a full 8 week session of classes and performance opportunities for kids starting in January, including Playwriting and Acting classes for teens (culminating in a New Plays Festival), a Junior Rep main stage production, and a mainstage circus theater production with Circophony Teen Circus. Stay posted for the full list of winter programs to be announced in December!

To register for any of the above classes, or for more information, go to www.oddfellows.org, call (860) 347-143, or email info@oddfellows.org.

Posted by Oddfellows Playhouse at 1:58 PM No comments:

Storytelling Returns to The Buttonwood Tree

We’re now on ZOOM!
Sit back and relax to a fascinating adult style story time!  These tellers are proficient at storytelling and will truly delight and entertain you. Mike Isko emcees the event which has a different theme every month.
The Buttonwood Tree is proud to bring back the amazing tellers of the Story City Troupe for a recurring “Moth Style” storytelling event now online, on FIRST FRIDAYS. Reserve your tickets here!
Story City is a troupe of storytellers based in the Hartford, CT area and mentored by Matt Dicks, one of The Moth’s champion storytellers. Story City Troupe uses The Moth Formula: all are true, personal stories, often funny, sometimes amazing, poignant or ironic and based on a single theme for the evening. The troupe members range in age from their 20’s to their 70’s, proving you can come up with a good story at any age.
You’ll laugh, you’ll cry, you’ll identify!

This group is led by Sue Huggans and welcomes new members. Do you have a story to tell?

Mike Isko:
Since taking Matthew Dicks beginner storytelling course in 2015, the veteran public defender, married father of two, has been telling stories about his foibles and family. As a member of Sue Huggans’ Story City Troupe you can hear Mike tell stories at The Buttonwood  Tree Art Center in Middletown the first Friday of every month when there is not a global pandemic. He has also told at a number of SpeakUp Story Telling events, at Saul Fussiner Songs and Stories at the Next Door, New Haven and is now thrilled to be a part of the New Haven Festival of Arts and Ideas.
Please register using this link and you will be emailed the Zoom information.  ($10)
For more information about Buttonwood events ... see Buttonwood.org

Our theme for the show tonight is “Anything But Serious,” and here’s our lineup of the storytellers: