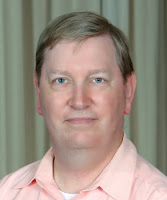 
2 term member of the Common Council – have served on:

Willingness to show up prepared for long meetings and listen to other people's opinions.

I have identified many people in Middletown who would do a great job as elected officials. Sadly, theu are not running for office, but I am. I believe that I can do a better job on the Common Council than most other candidates running for this office.

Most candidates for office can say the right things, and profess that they want the right goals for Middletown, but there is a profound disconnect between their words and their actions. We don’t spend your money as if it were our own, and we favor the interests of the few in too many of our decisions. The clearest indicator of this is that Middletown’s Grand List has grown slower than all surrounding towns in the last decade, when we are blessed with so many resources.

· Require the budget process to project revenues and expenses five years out. Middletown’s budget should always be in the first year of a five-year budget plan. This will mandate that the Common Council, the Mayor’s office, and municipal directors have a common understanding of the direction of City services beyond the current year. City departments will have to articulate and publicize their operational strategies for all to see.

· Implement a citywide plan to deal with the economic pressures of increasing energy costs that is built up from the bottom up, neighborhood by neighborhood. This plan will help Middletown find ways to thrive with less energy and significantly help to attract jobs, and keep our youth from emigrating from Middletown