The Buttonwood Tree is proud to present former Middletown resident, David Davis and his jazz group Friday night and on Saturday night, the lively and talented duo, the Kennedys. Both shows start at 8 pm.
See more and reserve your seats here for The Kennedys or for David Davis "Sax in the City".

The Kennedys are an American folk-rock band, consisting of husband and wife Pete and Maura Kennedy. They are recognized for their harmonies and instrumental prowess, blending elements of country music, bluegrass, Western swing and janglepop.


At well over a million miles of roadwork, including two stints as members of Nanci Griffith’s Blue Moon Orchestra, Pete and Maura Kennedy show no signs of slowing down either on tour or in the creative realm.

Originally based in Austin, Texas, they spent a few years in the Washington DC area before moving to the East Village in New York City, where they have been based for most of the last two decades. The Kennedys are known nationwide as the hosts of the late lamented Dharma Café program on Sirius Satellite Radio, and on Broadway, they are regular cast members of Theatre Within's annual tribute to John Lennon — working in that capacity with Patti Smith, Debbie Harry, Jackson Browne, Cyndi Lauper and a host of others. 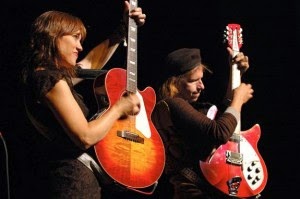 The Sunday New York Daily News' Jim Farber "...is floored by the Kennedys."
FRIDAY night we're excited to host for the first time, our dear friend David Davis with two fabulous musicians, Isaac Monts and Wayne Brown. The trio will serve up a tasty dish of  contemporary jazz, funk, instrumental pop and originals from Davis’ latest cd “Dig This” which is getting radio play across the country.
Isaac is currently the Percussion instructor for the Bushnell’s Noah Webster Jazzicians Program, and works both live and in the studio with artists including Ace Livingston, David Davis, Klokwize, Lawrence V. White, and Brittney Crush. Isaac also serves as the Music Director at Liberty Christian Center International in Hartford, Connecticut, and continues his pursuits to inspire and impact others through his music.

Wayne Brown has collaborated with a wide and diverse array of artists as both a writer and producer including Billy Ocean, Ruby Turner, Earth Wind and Fire, Junior Giscombe, Stevie Winwood, Jonathan Butler, George Michael, Janet Kay, Lulu, Yazz and many more, and played with jazz greats such as Coleman Hawkins and Tal Farlow.
Wayne studied Jazz at the prestigious Leeds College of Music. After his time at the College he delved into the mainstream music world and went on to sell several million records as a writer and producer with his international top 5 hits “Heartache” and “Goodbye Stranger”. 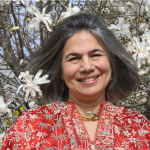 Aligned with Source Personal Development Workshop & Guided Meditation
This workshop empowers you to see your Light and be your best. Topic this week:
Changing Perspectives How do you flow in today’s constantly shifting realities?
Personal Life Coaching opportunities may be arranged with Annaita through The Buttonwood Tree. Email: TheButtonwoodTree@gmail.com
TEEN Open Mic

Teens are welcome to present any artistic forms on Third Saturdays from 3-5 pm. Thanks to Middlsesex Music Academy, we can accommodate bands with advance notice. Please call or write us at (860) 347-4957.
The Buttonwood Tree is located at 605 Main Street, Middletown. www.Buttonwood.org
Posted by The Buttonwood Tree at 11:54 AM

David Davis "Sax in the City." Amazing sounds from the group and great personal charm from David Davis. I really enjoyed this evening event and will definitely come back to hear more.