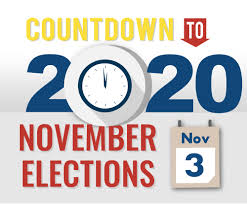 NEWS ALERT:    ELECTION DAY 2020!  CHECK ON THE STATUS OF YOUR ABSENTEE BALLOTS.  CALL THE TOWN CLERK TODAY BEFORE NOVEMBER 3RD TO SEE IF YOUR BALLOT WAS RECEIVED.

This is very important for those of you voting by Absentee Ballots for the November 3rd Election. After you drop off your absentee ballot in the ballot boxes or sent it through the U.S. Mail please call the Town Clerk Ashley Flynn-Natale to ensure that her office received your ballot & it was recorded. Her phone number is 860-344-3459 & email her at Ashley.Fynn-Natale@middletownct.gov.​ Please do not take for granted that your ballot was received and documented. If you value your vote, please call Town Clerk Ashley Flynn-Natale or email her to check on the status of your absentee ballot today. Please see The Middletown Press article written by Cassandra Day titled "Middletown clerk ‘overwhelmed’ by 6,000-plus absentee ballots." Here is the link to the articlehttps://www.middletownpress.com/middletown/article/Middletown-clerk-overwhelmed-by-6-000-plus-15679156.php

﻿If you don't check on your absentee ballot your vote may not get counted and you will lose your right to vote in this year’s election.

Wesleyan students are tracking the spending by candidates for the State Senate on Facebook advertisements as part of a class. Overall, Republican and Democrat candidates are spending approximately the same amount, averaging nearly $3500 per candidate between September 6 and October 17.

Incumbent State Senator Mary Abrams, who represents about half of our city, leads all candidates in her spending, with $9,424. Her opponent, Len Suzio, is one of the highest Republican spender, at $4,363 in the same period. Their race is considered a very competitive one.

Our other State Senator, Matt Lesser, is being outspent on Facebook by his opponent, Richie Ruglio. Ruglio has spent $4,039, while Lesser has spent only half of that, $1,932.

This work has been done by Domenique Monserrat, Andrew Kushnir, and Natasha Wong, as part of a class taught by Logan Dancey and Erika Franklin Fowler 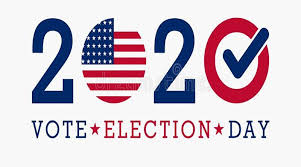 City’s Voters will be asked to decide the fate of the $55 million infrastructure project for the November 3rd election.

Mayor Florsheim said earlier that this project is “specifically oriented towards economic development and growing the tax base beyond where it is today.” He clarified his response with “this project will allow more businesses and residents to come into town and do well, increasing the amount of revenue coming into the city and allowing us to hopefully lower the tax rate.”

How will it be done?  Mayor Florsheim said that it would add “significant more parking to downtown, which has been a longstanding need both for businesses and for us to be able to add more housing; it will bring the city hall site and the arcade site onto the tax rolls, bringing in potentially millions in new revenue.” According to Mayor Florsheim this project will enable the city to start the process of “moving forward on the riverfront, which we also hope will bring more people and business into Middletown. It also continues our investment in roads and public spaces, both of which are key factors in attracting businesses and residents. “

Will people’s taxes increase as a result of this project? Mayor Florsheim responded with “One of the main goals of this is to lower taxes in the long run. The only tool we have in our local toolbox to reduce taxes is to grow the tax base, which this project does in a significant way. “ Mayor Florsheim went onto say “I firmly believe that the only way to meaningfully get our tax rate under control is to bring in the type of economic vibrancy that these projects provide.”

Joseph Samolis, the Director of Planning, Conservation & Development stated “I will say, if the City is going to authorize and borrow money, this is a good time to consider it, with rate at 1% or even lower, the interest paid on the bond is minimal.”  Also, if this project wins on November 3rd“there is no guarantee that the City will utilize the total amount of 55 Million dollars authorized” because of a state Urban Act Grant the city applied for “that would ultimate reduce the total need to be bonded by that amount. We are hoping to hear this month or next month if we receive this money” according to Samolis.

Why Move City Hall?  Samolis said this about the City Hall lot “over the past 9 years, we have dealt with approximately 4 major developers that we have been working with to do a mixed use development at the old arcade site (parking garage behind Police Dept), and all of these developers really like the City Hall location and preferred it over the arcade location.”  According to Mayor Florsheim “The key factors about it that make it particularly attractive and valuable: large site, easy access to public parking and downtown amenities, views of the riverfront, and visibility from Route 9.”

If the referendum passes how soon would the City move into the former Citizens’ Bank Building on Main Street? According to Mr. Samolis it would take the city approximately two to three years.  Samolis stated “The current owner has tenants in some of the 1980’s building and those leases continue to 2023. At the same time, the City would need to do some upgrades to the building….”

How long would the project take to complete? Both Mayor Florsheim & Mr. Samolis both agreed it would take about ten years to complete. Samolis stated “it will take the better part of 10 years to probably spend the money associated with the grant. Specifically, the $15,000,000 for Road improvements takes time for the Public Works Dept. to design and engineer road improvements, build and then construct.”

For information about this project please see

If you support this proposal or oppose it please vote on November 3rd.  The most important issue that will be on the ballot will not be this question but rather the offices of President & Vice President of these United States of America.  When President Ronald Reagan campaigned for this office in 1980, he asked “Are you better off than you were four years ago?”  Is the nation better off now than it was four years ago?  Please consider these questions when you vote for President and Vice President either by absentee ballot or in person by November 3rd.  Polls open from 6 a.m.-8 p.m. 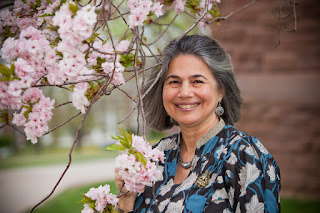 Align With Source workshops to help you understand the bigger picture ...
Understand your Self and learn how to cope better ...
Have greater inner peace and more.

'Re-Membering Your Light Within'

Your Light is your ALL. Take this time to recall it, re-member, & reflect it in every sense, so you may use it in attaining your true potential. We must each one do our bit in aiding our world into a Higher Consciousness, but we must do this first for Self. You are one of our world's great Souls who chose to assist Earth & Humanity in the ascension to the 5th Dimension. This brings great growth, wisdom & rewards. You are to be commended for being here. Begin creating now!

Our weekly spiritual meetings offer a special place where you will find many answers that help unlock hidden truths & your direction. These meetings are open to all, by invitation, so do feel free to invite your friends, if you wish. Email me with their Email ID or Cell Number to request an invitation.

“As our world moves into a higher frequency, the 5th Dimension, our series of ongoing workshops offer guidance in understanding events and making the required shifts within ourselves. These are wonderful times and opportunities to create a beautiful new world on a higher level, one of love, truth and integrity, serving ALL.”

Annaita Gandhy is an intuitive Spiritual Guide & Healer, who shares her experience and wisdom to bring awareness of the Light within each. Committed to the Light, she is here to lift humanity to a higher level of consciousness and serves through her many spiritual workshops, meditations, teaching and personal healing sessions, drawing on her extensive training and experience during her life in India. She lives in Middletown, CT and is accessible to all those who desire to heal and claim their Divinity.