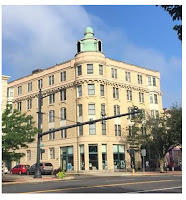 Event descriptions are excerpted from The Buttonwood Tree online calendar. Click on event links in text for more information. 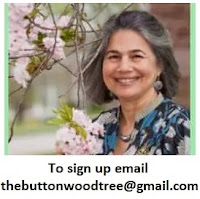 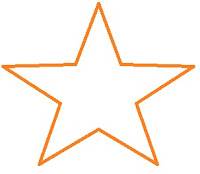 Posted by The Buttonwood Tree at 4:30 PM No comments: 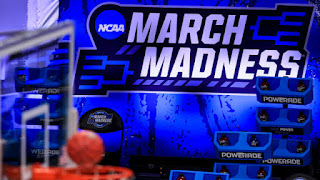 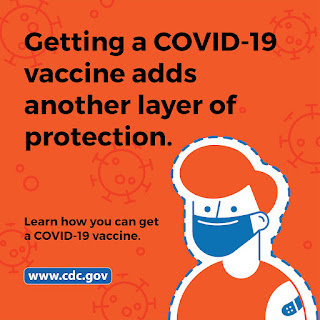 PLEASE GET VACCINATED AGAINST COVID-19. PLEASE GET BOOSTED TOO.

It is March and that could only mean it is "March Madness" time for the NCAA Basketball Tournaments.  What better way to root and cheer for your favorite NCAA men's and women's basketball teams than to get vaccinated against the deadly COVID-19 virus.  If you received the COVID-19 Vaccine give yourself the extra protection by getting boosted with the COVID-19 Booster shot.  You will get the satisfaction of being vaccinated against the COVID-19 virus while seeing your favorite NCAA teams compete in the “Sweet 16,”  the ¨Elite 8," and on the ¨Road to The Final Four. ¨

The CDC stated On November 2, 2021, that vaccine eligibility expanded to everyone in the United States ages 5 and older. People ages 18 and above became eligible to receive a COVID-19 Booster shot as of November 19, 2021.  For people over 18 years old they have the option of choosing either the Moderna, Pfizer-BioNTech or the Johnson & Johnson vaccine.  As of January 5, 2022, the CDC allowed all individuals ages 12 and above to receive the Pfizer-BioNTech COVID-19 Booster Shot.

To find out how to get vaccinated please go to vaccines.gov. 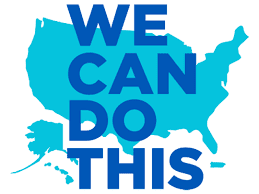 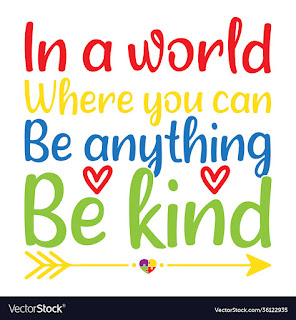 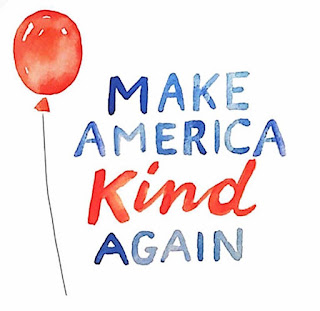 Posted by Frank LoGiudice at 11:39 PM No comments:

Tempest! at the Italian Society of Middletown CT 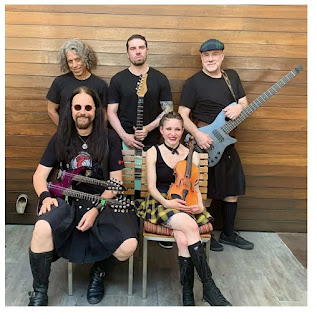 ~~~~~~~~~
at Italian Society of Middletown, 72 Court Street, Middletown, CT.
$25. General admission
$20. with Student ID
$175 for a round table (up to 10 people, by reservation)
The Buttonwood Tree’s mission is to uplift, inspire, educate,
& enrich lives through artistic & cultural programming, while supporting
the creative endeavors of emerging & established artists.
Tickets available at
Buttonwood.org/
This event is generously sponsored by

Posted by caritas at 6:14 PM No comments:

We are excited to announce the next film in The Elements: An Annual Environmental Film Series!  We'll be showing Hometown Habitat, Stories of Bringing Nature Home on Tuesday, April 5, 2022 at 7pm, at the Goldsmith Family Cinema,  Jeanine Basinger Center for Film Studies, Wesleyan University, 301 Washington Terrace, Middletown, CT.  Directions and parking information can be found here.

The film highlights a variety of stories of community commitment to conservation landscaping demonstrating how humans and nature can co-exist with mutual benefits, as well as stressing the importance of incorporating native plants in the landscape to support habitat for wildlife. Renowned entomologist, Dr. Douglas Tallamy, is featured in the film. He is the author of several books, including his most recent, Nature's Best Hope: A New Approach to Conservation That Starts in Your Yard.

A discussion will follow the film facilitated by several people who will share their perspectives and answer questions. They include Tom Christopher, garden writer and horticulturist, who has interviewed Doug Tallamy several times; Aubree Keurajian, an ecologist and practitioner of ecological restoration, who founded the business Ungardening Native Plants; and Brian Stewart, home gardener, who has created a haven for wildlife using native plants in his yard.

As always, the film is open to the public and free of charge. Wesleyan is a vaccinated campus and full vaccination is required to attend. In addition, masks must be worn in all indoor spaces.  Please preregister at ctrivercoastal@conservect.org, and complete this form prior to attending.

We hope you can join us!  Please phone the Conservation District office for more information at 860-346-3282. 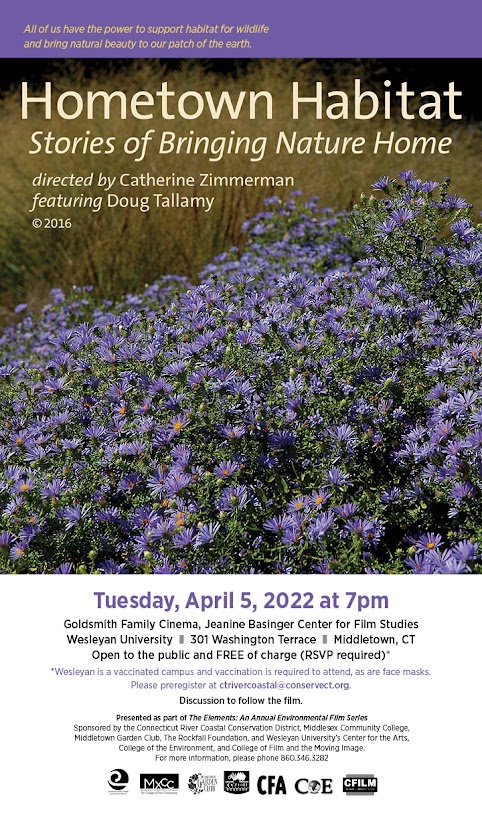 The Elements: An Annual Environmental Film Series was begun in 2015. The series is co-sponsored by the Connecticut River Coastal Conservation District, Middlesex Community College, Middletown Garden Club, The Rockfall Foundation, and Wesleyan University's Center for the Arts, College of the Environment, and College of Film and the Moving Image.

Posted by Jane Brawerman at 1:46 PM No comments:

Opinion: City's Loss is Due to Racism and Biases

Middletown does not tolerate any signs of hate, intimidation, harassment or attempts at the same “WRONG”.  Let me clarify my statement “wrong”, even though I shouldn’t have to!  But there are those in the community that will take my statement of truth, and say he is saying that all white people are racist.  NO!  I know a number of whites and there are those I don’t know. That are not racist. This I do know.  I knew that what happened to Dr. Conner was a “modern Day Lynching of a Black Man”. I also know that those, whites, within the community who do not tolerate this kind of behavior are in the minority of whites in Middletown.

Where were the “many strong leaders and partners working through collaboration to keep Middletown School System, as well as, making Middletown a better place, when racism, biases, allegations of “harassment, intimidation and retaliation made by the school union representatives, and now hateful and threats to him and his family?

Dr. Conner described the letter as a "hate packet.” The Connecticut Education Groups call it an “Evil Act”  I have said from day one that this was nothing more than a “modern Day Lynching of a Black Man” and that the racists and biases people living within the Middletown community, are showing their true selves once again.

If Middletown does not tolerate any signs of hatred, intimidation, harassment or attempts at the same; why would our city officials be brazen enough to say the letter "contained language and references that were interpreted as threatening and hateful?  Our city officials in the past have said, as bold as brass, that “The only Problem between the City Police/Department and the Black Community is a communication problem?

Why would a city director say it has nothing to do with race and/or because he is a Black Man?  This same city director is the President of the local branch of the NAACP and, as the leader of that organization, proclaims the same lie.

The article said, “We aren't as ignorant to believe racism and biases don't live in our community”, at the first sign we will work to address. If that is true, why did we have to lose our first black Superintend of Schools, whom from day one was bringing nothing but high praises, acclamation, on a state and national level as to change to our city school system for the betterment of all no matter what the pigmentation of one’s skin.

Lastly if the recipient of such a letter was a white superintendent, and the threats were from a black person, he or she would be underneath the jail by now. We wouldn’t be reading and/or hearing "we are conducting a full investigation of the matter."

We just lost one of the best things that ever happened in Middletown, for the betterment of all. Lost as a result of racism and biases, let's keep it real. 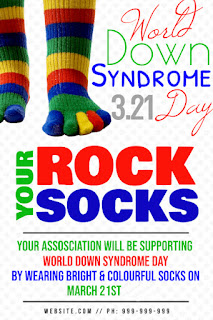 On this day people will be encouraged to "Rock Your Socks" meaning to wear colorful mismatched socks on each foot mainly blue & yellow because these colors are used to raise awareness for Down Syndrome according to WKTN Radio website of Kenton, Ohio. This day is "dedicated to raising awareness about Down syndrome and celebrating individuals around the world living with the genetic condition from the website https://www.dsaatl.org/world-down-syndrome-day.  It further states “According to the World Down Syndrome Day website the date for WDSD being the 21st day of the 3rd month was selected to signify the uniqueness of the triplication (trisomy) of the 21st chromosome which causes Down syndrome," according to Down Syndrome Association of Atlanta's website https://www.dsaatl.org website. 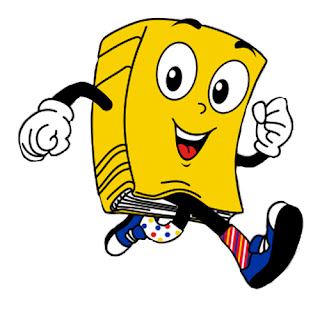 The Down Syndrome Association of Connecticut (DSACT) is having their second annual virtual “2022 Rock Your Socks for Literacy” which is currently underway according to their website.  It began March 5th and ends on March 31, 2022.  Their website states “Run to support the DS ACT Literacy Center. The $25 registration fee includes a one-of-a-kind medal and an electronic race bib. Track your race and upload your time to the Virtual Strides website to claim your bragging rights!” 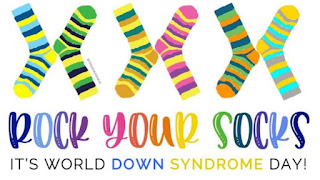 For more information about World Down Syndrome Day on Sunday, March 21, 2022 please see the following websites: 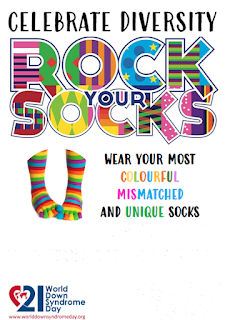 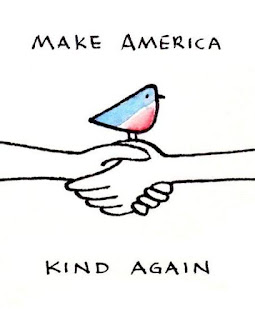 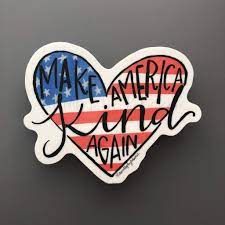 Posted by Frank LoGiudice at 5:27 PM No comments: 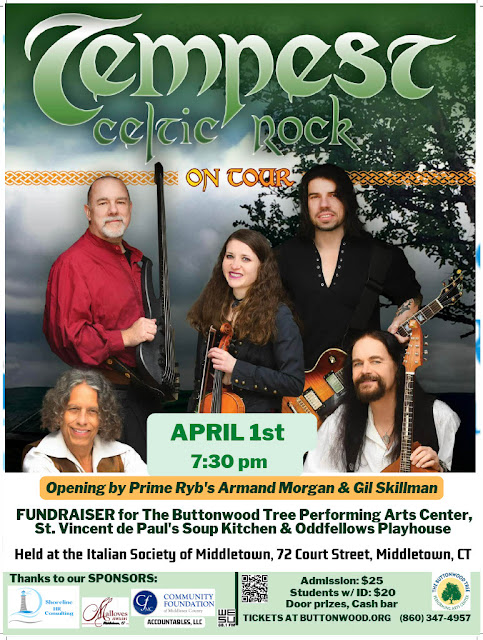 Learn more and get your tickets here.
Posted by The Buttonwood Tree at 8:57 PM No comments: 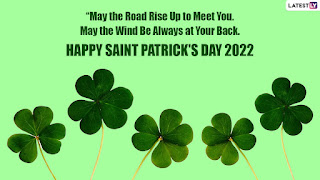 Who was Saint Patrick and why do we celebrate Saint Patrick's Day? He was born in Roman Britain and lived during the 5th century. Saint Patrick is the patron saint of Ireland. According to History.com article "History of St. Patrick’s Day" "he was kidnapped and brought to Ireland as a slave at the age of 16. He later escaped but returned to Ireland and was credited with bringing Christianity to its people."

Since Saint Patrick's death there was a popular legend that surfaced “he explained the Holy Trinity (Father, Son and Holy Spirit) using the three leaves of a native Irish clover, the shamrock." 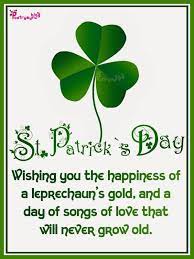 Ireland had been honoring the Roman Catholic feast day of Saint Patrick since approximately the 9th or 10th Century according to History.com. The very first Saint Patrick's Day Parade occurred not in Ireland but in the Spanish colony in what is now Saint Augustine, Florida on March 17, 1601. The parade in 1601 and the festivities the previous year was organized by the colony's leader Irish Vicar Ricardo Artur according to History.com. Fast forward to a century later the next Saint Patrick Day parade also took place away from Ireland and in the new world. On March 17, 1772 "...homesick Irish soldiers serving in the English military marched in New York City..." as a way to celebrate and pay homage to their patron saint. "Enthusiasm for the St. Patrick's Day parades in New York City, Boston and other early American cities only grew from there.," as reported from the article "History of Saint Patrick's Day," from History.com 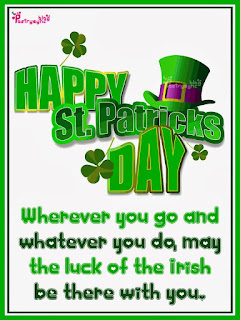 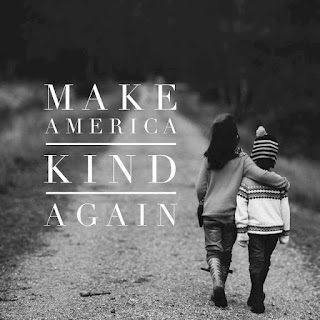 Posted by Frank LoGiudice at 7:43 PM No comments:

Housing Meeting: What Should Our City's Housing Options Be? 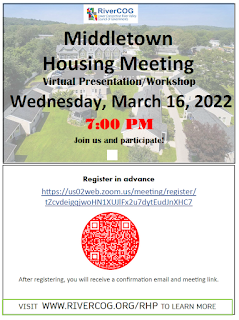 Housing costs in our city are high due to a shortage of available housing. Multiple developers are proposing new apartment projects, including on Newfield Street and on Main Street. What will our future housing options look like? What should they look like?

The regional council of governments, RiverCoG, is presenting a housing workshop on Wednesday, March 16, virtually via Zoom. To register for the meeting, go HERE.

In much of the state, employers are facing a workforce shortage, in part because there is not affordable housing. To address this component of economic development, and to ensure the equity and environmental sustainability of housing, the legislature has enacted zoning reforms that will impact our city's future housing. In the current legislative session, it is considering changes to state zoning statutes that will go even further.

At the most recent Planning and Zoning Commission meeting, Director of Land Use Marek Kozikowski outlined the 5 approaches that RiverCoG is proposing to address housing needs in our region:

Event descriptions are excerpted from The Buttonwood Tree online calendar. Click on event links in text for more information.

Posted by The Buttonwood Tree at 4:48 PM No comments: