A/C Restored at The Buttonwood Tree and Event Schedule

In early June the former Arriwani Hotel on Main Street, where both the supportive housing at Liberty Commons and The Buttonwood Tree reside, lost its air conditioning. The one rooftop unit runs the entire building and finally it has been replaced and the job completed!!

Initially two portable a/c units were rented and installed at TBT, but without any windows that open, full venting was unachievable and the plan aborted. Fans were bought and borrowed, but with the high heat that ensued, it was not possible to maintain a reasonable temperature and TBT was forced to close. While many programs were canceled or postponed until later, some events were relocated.

In difficult times, the love of community shines!
The Buttonwood Tree wishes to thank the following people and organizations for their kindness and generosity by providing a space or assistance so these events could be held.


Back to our regular schedule, here is a listing of upcoming events for this weekend. A full calendar of events can be found online HERE. Printed event calendars can be found in many locations around the state, at Wesleyan University, Russell Library, City Hall and along Main Street. 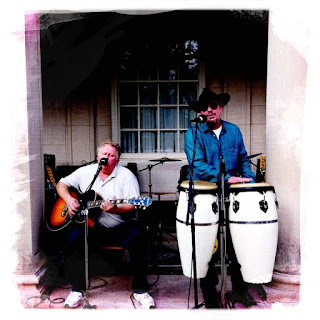 Using acoustic guitars, a banjo stick, and congas, the lyrics still reflect the complexities, joys, and confusion of life in these modern times. With an ear toward The Incredible String Band, Steve Earle, Donovan and others, Wrann/ Mooney share a love of “Power Folk”. Long time friends of Middletown, they look forward to the upcoming show at The Buttonwood Tree Performing Arts and Cultural Center.

It’s not rock and roll but they’re not ready for the rocking chair either.

Aligned with Source: A Personal Development Workshop and Meditation
Saturday, July 21st @ 10:30am - 12PM, $10 suggested donation (Pay what you can) 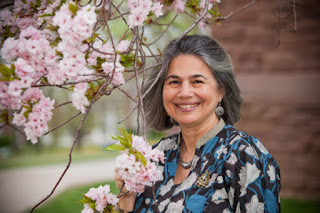 This week's topic: "Living Your Potential" Are you living yours? What keeps you back?

In today’s environment of hardship, ill-health, corruption and inequality it is often difficult to see the Light. The purpose of this workshop is to empower you to see yours. A Spiritual & Holistic Healer from India, Annaita Gandhy, wants to help you find it! Sharing her deep understanding of life, holism and spirituality, Annaita aims to help you rise above life’s challenges and live a healthy, fulfilled & confident life. 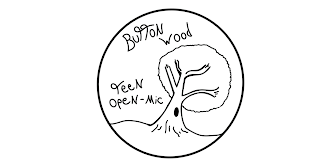 Be a part of Buttonwood’s first ever open mic specifically for teen performers ages 12-18. Perform any type of artwork: you can use our piano or bring a guitar, ukulele, or other instrument to play! Cover your favorite song or perform an original! Whether it is your first time performing or you are an experienced teen musician, poet, or artist, the Buttonwood Tree is a positive, supporting environment for teens to perform. Parents and friends are welcome to come support! 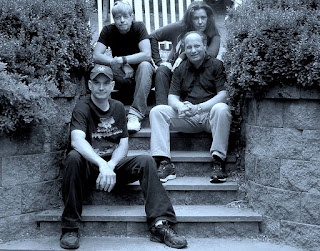 It is a sub-genre of rock, typically adopting a style unique to the artist. TRAG is one such ‘artist,’ a team of them, hailing from Fairfield county. Their style derives from the unique diversity of its members’ various backgrounds – called “progressive sound” in their own words. TRAG has earned themselves a reputation in various the clubs and theaters of the Tri-State area, and soon, they are making a stop in Middletown’s neighborhood to play at Buttonwood Tree!

Mark Tragianese – As lead percussionist, as well as a singer and founder of TRAG, Mark has spent his days solidifying his reputation as a percussionist with local groups like Theravada, Ulterior Motive, and Kinetic Sect. His progressive songwriting and dynamic percussion style rounds out TRAG’s diverse background.

Nora Tragianese – The lead vocalist, as well as a percussionist and pianist, Nora’s Classical Vocal Training was influenced by greats such as Steve Perry, Pat Benatar, and Ann Wilson.

Ron Garofolo – Lead guitarist and super-fan of blues-styled music, Ron has been honing his skill since the age of sixteen under influences like Pink Floyd and the Allman Brothers.

Lou Vitali – From Tenor Sax to Electric Guitar and finally to Bass, Lou had undergone a metamorphosis of style over the course of his younger years! Influenced by greats such as Black Sabbath, Judas Priest and Iron Maiden, Loud prides himself as the rhythm of TRAG.

Got a talent you just have to share with the rest of the world? Then stop by to The Buttonwood Tree, where the mic is open to any and all who've got at least one creative bone within them. This time, our host is local dealer and framer of art, "Catman Bill" Katz!

Come on down, even just to watch! Performances are interspersed with 'Moments of Gratitude,' where we take time to remember the hidden good in life that shines through the apparent bad.