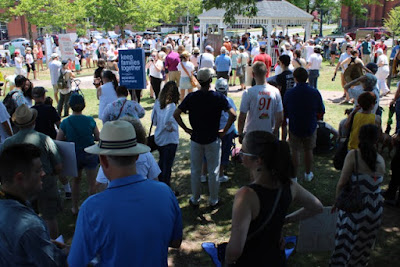 A sizable crowd attended Saturday's rally on the South Green in support of immigrant families.  U.S. representative Rosa DeLauro and state representative Matt Lesser spoke. So did a number of others, some of whom work on immigrant rights in some capacity and others of whom spoke out of concern as citizens.

Speaker after speaker decried the U.S. government policy of separating children from their parents at the border during border-crossing apprehensions. 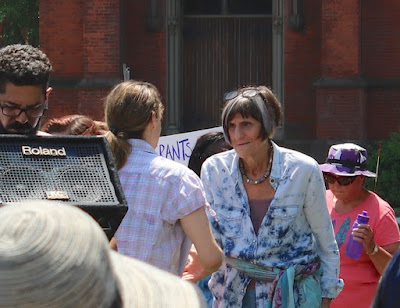 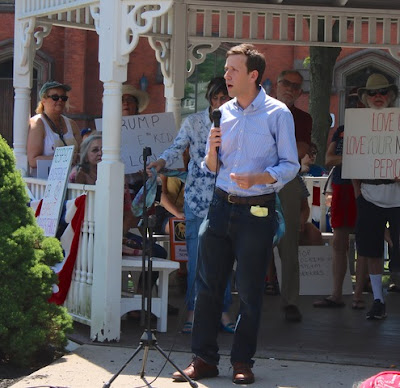 Saturday's rally was part of a nationwide day of rallies organized by Families Belong Together, a collaboration of numerous organizations; their web page is familiesbelongtogether.org.  Some 700 rallies occurred nationwide, including one in Washington, D.C. that apparently involved several tens of thousands. 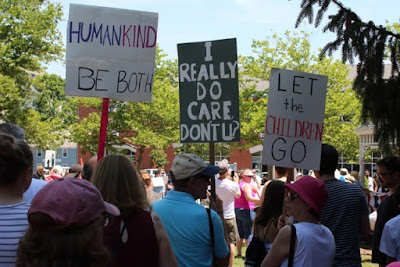 One of the participants in Families Belong Together that may surprise you is 350.org, the well-known organization dedicated to fighting climate change.  As the local representative explained in his impassioned remarks Saturday, climate change is now a contributing factor to the agricultural failures that are one of the interlocking crises driving families in Central America (and elsewhere) to abandon everything and decamp for the north. 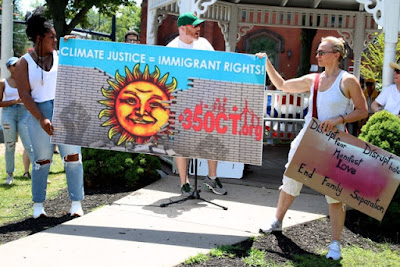 Those wishing to take action at the local level should know that Middletown Immigrant Rights Alliance (MIRA) meets monthly and organizes activities around supporting immigrants in the local community; their facebook page is https://www.facebook.com/middleseximmigrantrightsalliance, and questions may be directed to mira4ct@gmail.com.
Posted by Brian Stewart at 11:13 PM