Around Middletown in 80 Days 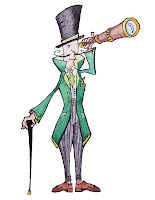 Oddfellows Playhouse kicks off its 35th season with “Around Middletown in 80 Days,” an ongoing event that highlights 80 happenings, locations, and restaurants that make Middletown a great place to live. This celebration of our home town begins on August 25 at It's Only Natural Restaurant and ends on November 13 with the opening of Oddfellows’ Teen Repertory Company production of Around the World in 80 Days.

This event is also a great way to support Oddfellows. Tuesdays from August 25 to November 13 are restaurant nights. Every week a different Middletown restaurant will be featured, and on that night, the featured restaurant will donate a portion of the evening’s proceeds to Oddfellows Playhouse.

At every event you attend, you will be given a raffle ticket. Prizes will be awarded on November 13 at a drawing during the intermission of opening night of Around the World in 80 Days. The more events you go to, the more raffle tickets you’ll have and the greater your chances of winning. Anyone can participate, and you don’t have to be present at the drawing to win.

Keep track of “Around Middletown in 80 Days” events and happenings by visiting www.oddfellows.org or the Middletown Eye. For more information, call (860) 347-6143.

Oddfellows’ 09-10 season is supported by grants from the CT State Department of Education, The J. Walton Bissell Foundation, Pratt and Whitney-Middletown, The Stare Fund, and the Middletown Commission on the Arts. Advertising for this event was made possible with the generous support of Michael Oliveras.
Posted by Matt Pugliese at 7:49 AM

Email ThisBlogThis!Share to TwitterShare to FacebookShare to Pinterest
Labels: around middletown in 80 days, it's only natural, karen swartz, Oddfellows Playhouse, State legislature

I can't seem to locate the download of my ..."very own cut-out of Phileas Fogg...". Or is it not available until the 25th? Thanks.