Thursday September 24:
2 Movie series vie for your attention this evening. "Common Ground: An International Film Festival" is a collaboration of Middlesex Community College, the Russell Library, the Middletown Commission on the Arts, Wesleyan University and the Green Street Arts Center. 6 movies will be shown from 9/24 - 11/5, films produced in Eastern Europe, Asia, Italy and a Native American feature. On this night, head down to the Green Street Arts Center to watch the 2007 Mexican film "Under the Same Moon" ("La Misma Luna".) Directed by Patricia Riggin from a script by Ligiah Villalobos, the story centers on a young boy's journey across the U.S./Mexico border to be reunited with his mother who is an illegal alien. He had been living with his grandmother who has died unexpectedly. The film follows both the son and mother as they desparately seek each other. The screening, free and open to the public, begins at 7 p.m. For more information, call the Russell Library at 347-2528, extension 135. 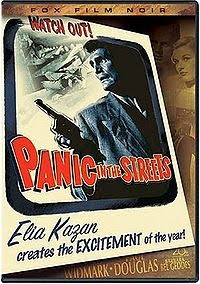 The Elia Kazan Centennial Celebration at Wesleyan continues with a showing of his 1950 classic "Panic in the Streets." No, it's not about government health care option but the story of a government health official and a New Orleans police captain who work together to thwart an outbreak of the bubonic plague. Starring Richard Widmark, Paul Douglas, Barbara Bel Geddes, and Zero Mostel, the movie was the film debut of Jack Palance and is also Kazan's homage to the "film noir" techniques of post-World War II European directors. Introducing the film will be Scott Higgins, Associate Professor of Film Studies at Wesleyan. The event is free and open to the public. For more information, go to www.wesleyan.edu/filmstudies/specialevents.html or call 685-2220.
The Buttonwood Tree welcomes singer/songwriter Jenn Freidman for a 7:30 p.m. show. Joining her will be the rhythm section of Seth Faulk (drums) and Steven Himmelstein (bass.) For more information, call 347-4957. 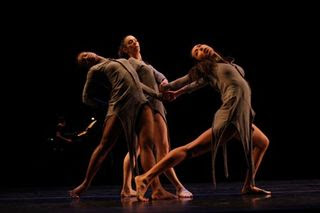 The Breaking Ground Dance Series at Wesleyan begins its 2009-10 season with the Stephen Petronio Dance Group. Now in its 25th season, the troupe presents "I Dance the Air Before Me", a evening-length work that is, according to the choreographer, inspired by extreme weather. The title comes from Williamm Shakespeare's "The Tempest." It's quite the collaboration, featuring costumes created by Cindy Sherman and Adam Kimmel and a score from the "hot" young classical composer Nico Muhly. Making a cameo appearance will be the Middletown High School Chamber Choir. Performances are 8 p.m. both Friday and Saturday nights, with a 7:15 pre-Concert Talk on Friday only. For tickets, call 685-3355 or online at www.wesleyan.edu/cfa. To find out more about Stephen Petronio and his dancers, go to http://stephenpetronio.com/. 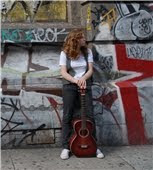 There's a double-bill of singers-songwriters at The Buttonwood Tree. The evening begins at 7:30 p.m. with Eric Paradine, a veteran of the Connecticut folk music scene. Headlining the concert is Hartford-native Alli Millstein (pictured left) who got her start at the Hartford Academy of the Performing Arts. Millstein began her career as a jazz singer and has since moved into an "indie-folk-rock" style. She now performs throughout the Northeast and in New York City. Click here to hear of her tunes. For reservations, call 347-4957.

The gentleman pictured on the left, Jason Duckles, presents "Cello All Alone" at 2 p.m. in the Hubbard Room of the Russell Library. Middletown residents know Jason as an educator and member of the Amelia Piano Trio and he has had a busy career as a soloist and member of chamber ensembles. His program features music by J.S. Bach, John Harbison, and Augusta Read Thomas. The concert is free and open to the public. For more information, call 347-2528, extension 135. 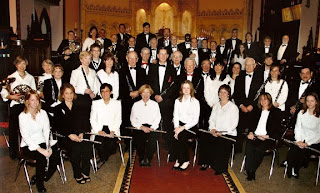 The Middletown Symphonic Band, Marco Gaylord, conductor, celebrates its 30th Anniversary with a gala concert to be held at 7 p.m. in the Performing Arts Center at Middletown High School, LaRosa Lane. The evening also honors MSB founder Santo Fragilio, long-time teacher and advocate for the arts in Middletown as well as a fine violinist. He'll bring along that violin and perform the 2nd Movement from the Tchaikovsky Violin Concerto. For ticket information, go to http://middletownsymphonicband.org/ or call 342-4363.

The Riverwood Poetry Series presents an Open Mic at 6:30 p.m. in The Buttonwood Tree. Bring a poem or 2 as well as a non-perishable food item for the St. Vincent de Paul Place.

Boney's Music Lounge seems to be the new home for the Liviu Pop Group. The drummer will be back there this evening with an ensemble featuring guitarist Chris McDermott. The fun and funk starts at 8:30 p.m.
Posted by Richard B. Kamins at 8:39 AM