From The Exhibit of American Negroes at the World Fair in Paris, 1900

Du Bois's work for the American Negro exhibit was extensive and much praised. In the Spring of 1900, Paris Exposition judges awarded him a gold medal for his role as "collaborator" and "compiler" of materials for the exhibit.
The photos and text are excerpted from Library of Congress collections. Repository: Library of Congress Prints and Photographs Division Washington, D.C. 20540 USA.
https://www.loc.gov/pictures/collection/anedub/dubois.html 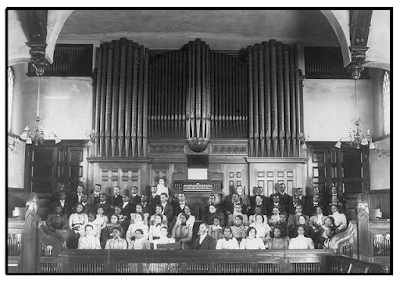 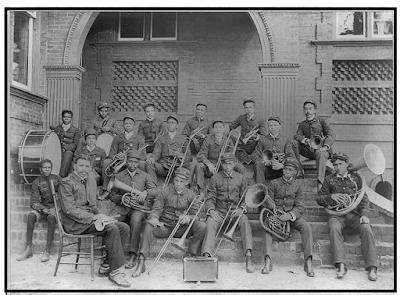 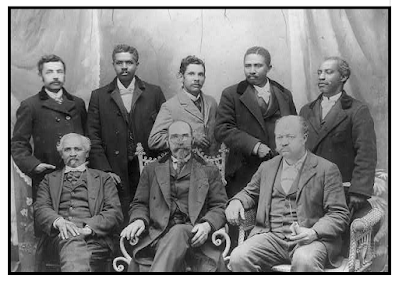 Board of directors of the Coleman Manufacturing Co.,
Concord, NC, the only Negro[-owned] cotton mill in U.S. 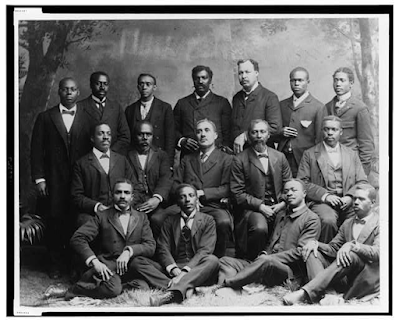 At the turn of the century, W. E. B. Du Bois compiled a series of photographs for the "American Negro" exhibit at the 1900 Paris Exposition. He organized the 363 images into albums, entitled Types of American Negroes, Georgia, U.S.A. and Negro Life in Georgia, U.S.A.

At the time, Du Bois was a professor of sociology at Atlanta University, committed to combating racism with empirical evidence of the economic, social, and cultural conditions of African Americans. He believed that a clear revelation of the facts of African American life and culture would challenge the claims of biological race scientists influential at the time, which proposed that African Americans were inherently inferior to Anglo-Americans. The photographs of affluent young African American men and women challenged the scientific "evidence" and popular racist caricatures of the day that ridiculed and sought to diminish African American social and economic success. Further, the wide range of hair styles and skin tones represented in the photographs demonstrated that the so-called "Negro type" was in fact a diverse group of distinct individuals. The one public statement Du Bois made concerning these photographs was that visitors to the American Negro exhibit would find "several volumes of photographs of typical Negro faces, which hardly square with conventional American ideas."1
The Exhibit of American Negroes was a sociological display within the Palace of Social Economy at the 1900 World's Fair in Paris. The exhibit was a joint effort between Daniel Murray, the Assistant Librarian of Congress, Thomas J. Calloway, a lawyer and the primary organizer of the exhibit, and W. E. B. Du Bois....  The materials for the exhibit were compiled by W.E.B. Du Bois.