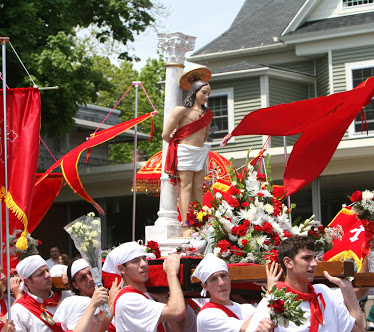 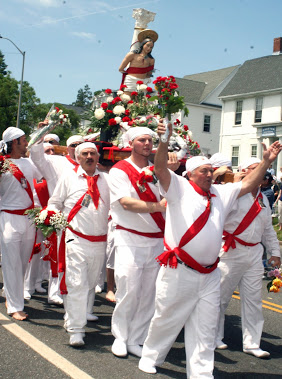 "E Chiamamulu Paisanu! Primu Diu E Sammastianu!” This Italian phrase will be heard loud and clear once again on the streets of Middlefield, Middletown and beyond for the centennial anniversary of the Saint Sebastian's Church in Middletown. It is tentatively scheduled for September 17-19 a delay of a few months due to COVID-19.

Church organizers are hoping that this year's feast will not be cancelled due to any new surges with the COVID-19 Pandemic like in 2020. Dr. Gene Nocera, one of three Chairmen for the Saint Sebastian's Feast stated "We expect there will not be any more surges. We are optimistic," because of this year's festival. "It is a Historic event and very rare because of the centennial anniversary," stated Nocera.

Salvatore Nesci, the second chairman stated "This will be a very special year for us commemorating this milestone event of our faith, devotion, heritage and culture. The I Nuri will be participating, and my hope is to have more involvement and enthusiasm around this celebration than ever."

There will be a centennial anniversary mass on Sunday, September 19th and invitations have gone out to representatives from the Saint Sebastian's Church in Melilli to be present in which the Middletown church was modeled after. After the mass is over the "I Nuri" will enter the church shouting praises to God and Saint Sebastian for their help during the year.

In addition to the religious observances at the festival there will be food booths and rides as in past festivals.  Church organizers are planning a spectacular 2O minutes Laser Show on Saturday, September 18th at 9 p.m. stated Tri-Chairman Salvatore Nesci.  Nocera said the Laser Show will be similar to what is done at Disney World.  "It will be amazing," stated Nocera. He went on to say because it will be the 100th anniversary everything at the festival will reflect the significance of this major event for the church. "Everything will be connected to the 100th anniversary theme," stated Nocera.

Due to the COVID-19 Pandemic church organizers want everyone to feel safe and have an enjoyable time despite the COVID-19 virus & the violent acts that occurred across the nation since January. Nocera stated the festival committee "will be following state and federal protocols regarding safety." There will be handwashing stations at the festival too whatever is needed will be at the event to keep people safe according to Nocera. "The food that will be served at the festival will follow health department regulations at that time," and the church will also follow the safety guidelines from the Diocese of Norwich stated Nocera.

Nesci said "We anticipate large crowds and are keeping up to date on all the latest COVID mitigation strategies as guided by the CDC, State and Local health authorities."  There will be a police presence at the festival too.

Nesci stated "Our schedule of events will be out shortly which will outline a series of events that will take place throughout the weekend. You can expect music, authentic food, amusements and spiritual devotion including our Sunday mass and procession." Like in previous festivals the Sunday high mass will be broadcast live on radio stations WLIS/WMRD AM 1150 & 1420.

Church organizers are aware that the COVID-19 virus is a volatile situation, and it could change about a possible surge. Nocera stated "We know that is a remote possibility. We never know what will happen." He further stated, "We still have to pray that everything will go well."

If you have not been vaccinated against the COVID-19 Virus, please get your shot.  Please click on the links below to find out how to get yours. 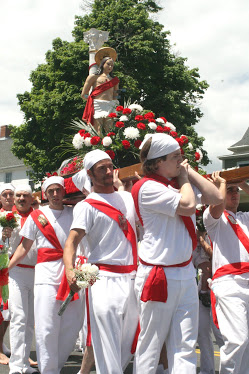 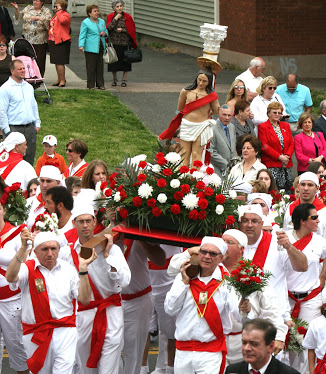 Posted by Frank LoGiudice at 4:21 PM