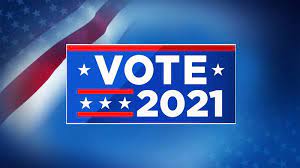 Middletown Voters will have the opportunity to vote for candidates for the Board of Education, Planning & Zoning & Planning and Zoning Alternate on Election Day, Tuesday, November 2, 2021.

City Voters will be asked to decide the fate of two referendum questions on this day.  The first question "Shall the Charter be revised and reorganized to facilitate public understanding and access to local government by instituting: (a) clear standards of ethical conduct for local officials; (b) uniform procedures enhancing board and commission operations; (c) greater accountability and standards of compensation in the budget process; (d) nonpartisan council leader positions; and (e) equal employment opportunities?"

The second question "Shall the Charter be revised to transfer hiring and supervision responsibilities for custodians, secretarial and cafeteria staff, tradespersons, central office staff, and other employees who do not require State Board of Education certification at Middletown Public Schools from the Mayor to the Board of Education and the Superintendent of Schools?"  People will have the option of voting yes or no on these questions.

The first question is comprised of 11 amendments to the City Charter.  In Chapter 2-"Officers & Elections", it proposes to eliminate the elected office of City Treasurer, conflict of interest & ethical guidelines are established and "removal provisions for department heads and appointed officials are consolidated; and grounds are created for removal of elected officials."

Chapter 4-the Office of Mayor would eliminate the Administrative Staff position and it would be replaced with "Chief of Staff."  It would also eliminate the Corporation Counsel and changes the name of the City Attorney to “General Counsel” and it "...defines the functions of the office," according to the "Proposed Revision The Charter of the City of Middletown" document.

Chapter 5-City Departments. "Sets forth the powers and purpose of City Departments; establishes legal procedures for the creation and reorganization of departments." This section keeps the Mayor's authority to remove the department director for cause.

Chapter 6-Finance & Taxation: It restructures the city's budget process.  It "eliminates newspaper publication in lieu of compliance with the public notice provisions of the Charter allowing electronic publication unless otherwise required by law; added procedures for final action on the budget including a required public hearing and protocols for addressing disclosure of information prior to final action."

Chapter 7-No changes to the Sanitation Disposal District.

Chapter 9-Bonding Powers.  "Clarifies the authorization requirements for council action and referenda authorizing the issuance of bonds. The provisions do not change the current threshold of $750,000."

Chapter 11-This section states these amendments to the City's Charter cannot take effect unless ratified by the voters on November 2nd.

The last day to register to vote for the city’s municipal election is Tuesday, October 26th.  Due to the COVID-19 Pandemic people can vote by absentee ballot like last year’s 2020 presidential election.  Applications for absentee ballots are available now.   According to Middletown Town Clerk Ashley Flynn-Natale she stated “The deadline to request an absentee ballot in person is the day before.  There is no date by mail however if we do not have the absentee ballot by 8pm election night the ballot does not count.  We have two absentee ballot boxes outside of city hall and they are checked multiple times a day.”  The Town Clerk’s Office is open Monday-Friday from 8:30 a.m.-4:30 p.m.  The phone number for the Registrar of Voters is 860-638-4950 and the Town Clerk’s phone number is 860.638.4910. 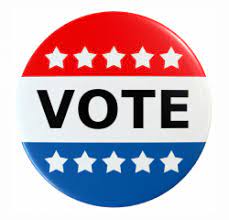 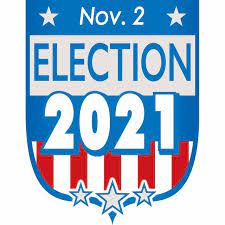 Posted by Frank LoGiudice at 3:27 PM