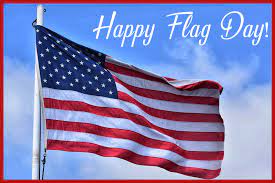 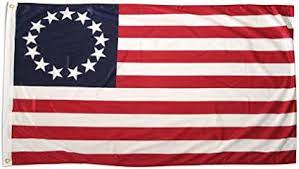 What is Flag Day and how did Flag Day begin?

"Flag Day is a celebration of the American flag that occurs each year on the anniversary of the flag’s official adoption, June 14," according to the Old Farmer's Almanac article "Flag Day 2021: What Is Flag Day?" When the Declaration of Independence was adopted during the American Revolution the founders thought a national flag was necessary because each colony "had its own flag," according to the same article. Then on June 14th the Continental Congress issued a resolution that states "The flag of the United States shall be thirteen stripes, alternate red and white, with a union of thirteen stars of white on a blue field …” However, an official announcement about the country's flag was not made until Sept. 3, 1777.

The flag design represented the original thirteen colonies of the union with 13 white stars in a circle because of the belief that all “…colonies were equal,” according the Old Farmer’s Almanac article.  In 1818 the flag underwent design changes and Congress decided “to retain the flag’s original 13 stripes and add new stars to reflect each new state that entered the union,” according to the same article.

Flag Day is an annual celebration even though it is not a federal or state holiday. The President issues a proclamation every year about Flag Day and proclaims the week of June 14th as National Flag week according to Britannica.com.

In 1916 President Woodrow Wilson and in 1927 President Calvin Coolidge started the tradition of issuing proclamations for a National Flag Day on June 14th. On August 3, 1949, Congress approved a resolution for a national observance of Flag Day and President Harry S. Truman signed the law according to the U.S. Department of Veteran's Affairs website's article "The Origins of Flag Day."

A Connecticut first?  There is a belief that claims that George Morris “…organized the first formal celebration of the day in Hartford in 1861,” according to Britannica.com.

In honor of the American Flag most cities and towns hold annual observances for the flag like parades & other activities. The flag is flown at all government buildings on this day and people are encouraged to fly the American Flag at their residences. 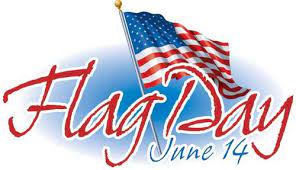 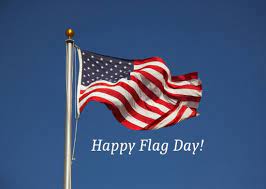 Posted by Frank LoGiudice at 4:35 PM