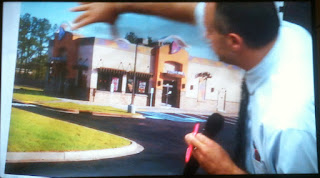 The Planning and Zoning Commission approved three applications that were the subject of public hearings last night.

Liquor License Restrictions Approved
It approved a zoning code text amendment which prohibits any business operating under a café liquor license from gaining approval. The amendment was put forth by the staff of the Planning office, and was presented and defended by Assistant Planner Michiel Wackers. Wackers indicated that the amendment was designed to "raise the bar" for the approval of nightclubs, pointing to several major law enforcement issues with existing establishments that operate with the café liquor license, "We want to take this type of establishment and make it a prohibited use."

Several commissioners, including Molly Salafia and Ken McClellan, challenged Wackers to define what a nightclub was before such a prohibition.

Downtown resident Jen Alexander was the only member of the public to speak on the proposed change, and she called herself "strongly in support". She pointed to the human and capital investments that the city had made in the downtown, called Main Street the "economic engine" of our city, and said that the public safety costs of nightclubs were high. She said, "I think [the text change] is a good direction for us ... Our downtown deserves that."

The motion passed after commissioners voted to remove any reference to nightclubs. The new zoning code now simply prohibits the approval of new establishments operating with a café liquor license. New establishments that have music and liquor but also have a full restaurant (like La Boca, for example) would still be permitted, as they could operate under a restaurant liquor license.

Bill Ziegler's application to build and operate a working Funhouse Museum and Family Entertainment Center on Newfield Street was approved by the Commission. The application was primarily presented by a lawyer and an engineer, who discussed zoning codes and parking space counts.

The more interesting bits were when Bill Ziegler took to the microphone to explain what he was planning. In response to questions from Commissioner Les Adams, Ziegler said that his museum would not be just for the admiration of amusement park funhouse artifacts. He said that the items would be operational and visitors would be able to experience classic amusement items. Adams asked, "But will there be a calliope?", to which Ziegler replied with a grin, "I own a calliope." 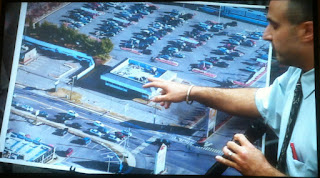 I hope the Taco Bell build will also include a better plaza entrance traffic flow. The current two-way stop signage near the main entrance makes for some interesting moments as drivers stop when they shouldn't, or assume crossing traffic will stop.

I am do excited to here of the approval for Wild Bill's! What a fun time it will be for the whole family.

I'm sure Warner will muck it up as he does everything else. The czar must make his presence known!

I agree that the intersection just inside the plaza is dangerous. I suppose it can't be a 4-way stop because incoming traffic might back up into Washington St. For a look at the plan for this new restaurant see the earlier Eye post - http://middletowneyenews.blogspot.com/2012/08/taco-bell-application-to-be-heard.html. It appears Taco Bell has proposed a single entrance and exit at the back of their property, towards Price Chopper.

Taco Bell is just another bad food joint in Middletown. I love Mexican food but I know there are more healthful and quick alternatives to Taco Bell.