Serious (But Fun) Lessons From A Clown 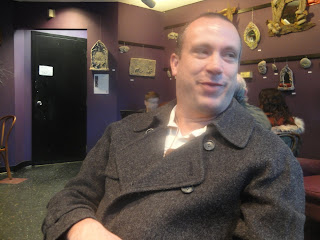 For a world-renowned professional clown, Jef Johnson can be a pretty serious guy. He smiles and laughs with ease, but sounds at times more like a philosopher.

Johnson, who has performed on Broadway and taught workshops to Cirque du Soleil performers, will give a free talk entitled "Q&A: Expectation, Hope and Promise" at The Buttonwood Tree at 8pm Thursday night.

Then he’ll lead a 3-day workshop this Friday, Saturday and Sunday. . The cost is $50 per person for the 3 days - down from $200 thanks to a grant from the Middletown Commission on the Arts.

That wide range of people includes not only clowns, actors, and performers, but anyone else with a creative urge, or anyone who wants to get closer to what they enjoy doing. “We get actors, olympic athletes, painters, florists” he said.

Johnson’s workshops are not just about clowning. They’re also about eliminating the pre-judgment and self-expectations that often hinder the creative or spiritual flow. That’s where the clown comes in, although a more Eastern/European idea of the clown than that presented by Ringling Bros., et al. (Click here to see an example of Johnson's performance.) 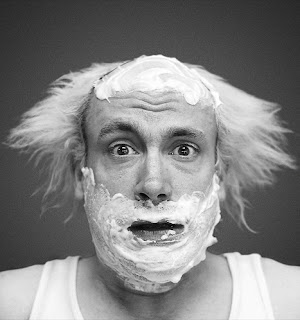 “The clown - not the circus clown - is a pure being encountering the world naively.” That naive state is where Johnson tries to lead people in his “Creative Awakening” workshops. The idea is to react to the world in a more direct way, not only as a performer but even as audience. “We’ve lost the ability to be [just] witnesses. We go in as critics. Why does this exist?” Johnson asks. “I’m investigator as much as teacher--more of guide.”

That guidance includes exercises that are really games. “Play” is a key concept, trying to tap into that child-like wonder. “Play is what happens when there is no social consideration,” he says. “Play can emulate social relationships but can be more primary than that, can be just about experience. When we play, even as strangers, [people] can in 5-10 minutes find a very balanced way of presenting a solution to a problem. I can provoke them into creative problem solving.”

Middletown resident Aryn Kyer is one of the people responsible for bringing Johnson to town (he lives in Mexico and teaches worldwide.) She also helped get the grant from the MCA. “I wanted to share the work with everyone that I love, share it with my friends. I wanted to make it the world I live in everyday.”
Posted by Bill Flood at 7:34 PM