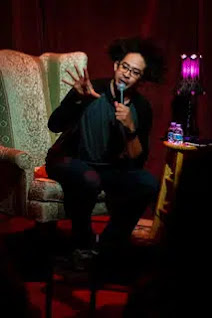 A night of stand up comedy and monologues from one of Hartford’s best comedians AND his multi-talented friends in comedy. Rob Santos, this Friday at Buttonwood. Also sharing the stage on this night: Buddha Joe, Emily Siero, and CW Davis.

NOTE: There are no physical tickets for events at The Buttonwood Tree. 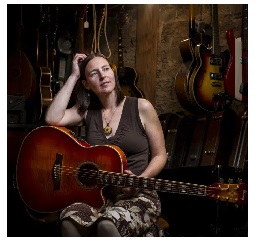 Prize-winning singer-songwriter Megan Bee sings of wanderlust & a raw love for the land. Her songs blend homespun vocals, acoustic simplicity, yearning soulfulness, & winsome storytelling. Her vagabond background as an environmental educator & vagabond farmhand took her into the wilderness, where she found her voice around a campfire. Based out of the rolling hills of Athens County, Ohio, Megan travels the country playing festivals, coffeehouses, brewpubs, house concerts, & around campfires.

The Ark of Music writes, “Cottonwood is as real as it gets – a raw and real telling of engaging, relatable stories from an absolute gem of an artist, whose work could easily stand tall among the music of legends in the folk space.” Divide and Conquer writes that Megan's voice is “…warm and inviting…incredibly organic sounding. It sounds pure and human throughout.”