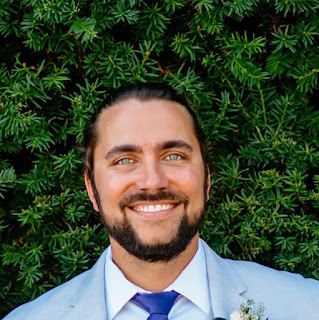 ------------
Brandon Chafee, a lifelong resident of Middletown, has announced that he is running for the State House of Representatives in the 33rd District.

Brandon, 34, has served as the Middletown Democratic Party Treasurer for the past two years, and as a union steward with the International Brotherhood of Electrical Workers since 2017.  He is a graduate of Central Connecticut State University where he obtained a degree in Civil Engineering. He is a registered professional engineer in the State of Connecticut and has spent his career as a field engineer with Eversource working to design a more reliable and efficient electrical distribution grid.  His wife Meghan is a nurse practitioner who works in family medicine with Middlesex Health.  He is hoping to win his party’s nomination for the seat being vacated by Joseph Serra.

“Joe Serra is a faithful public servant who fought for Middletown’s interests for decades,” Brandon said.  “His presence in the State House will be hard to replace, but I am confident that I possess the skills and background to serve Middletown well.”

Brandon became an engineer to help solve the big problems that face society. “In our rapidly changing world, our goal must be to build an economy and government that works for us all,” Brandon said. “This will require long-term vision and planning.  In the engineering world, decisions must be made in order to solve the problems of today, while withstanding the test of time.  If something I design is not still safe and functional in thirty years, that is a failure, and this is the mentality I will bring our state government.”

“As a civil servant and husband of someone who is fighting on the front lines of the current public health crisis, I know all too well what it takes to work through emergency situations. The ongoing threat caused by COVID-19 should be a wake-up call for our society.  We are seeing in real time that workers who were often overlooked, such as those working in our grocery stores and delivery companies, are essential parts of our society who deserve living wages and dignity.  We are seeing that public health truly depends on the health and welfare of everyone, not just a privileged few.   I have long advocated for changes in our economy and government to help deal with the very issues we are facing today.”

“If elected, I will be a strong voice for the working families of Middletown and will fight tirelessly to build a better future for us all.  To learn more about Brandon, visit his Facebook page at Brandon Chafee for Middletown.

Posted by Reader Submitted at 2:30 PM