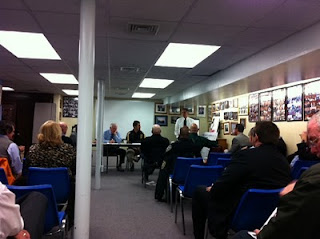 At a meeting with the business community this morning at Middlesex Chamber of Commerce headquarters, city officials outlined steps taken after the collapse of a building at 550 Main Street yesterday.  Several buildings in town have been condemned until structural damage can be addressed. 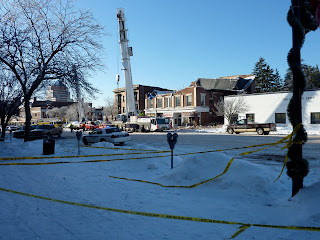 Across the street at 472 Main, Middletown's building inspector has notified the building management company that roof beams need to be shored up before occupants can return to the building.  Buildings adjacent to 472 Main will remain closed to residents until structural work is completed and inspected in 472 Main. 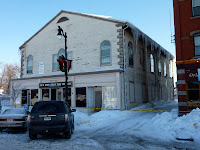 At the North end of Main Street the New Hope Bible Way Church has been closed due to serious structural problems in the roof beams. 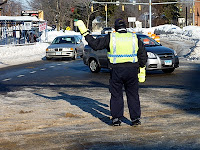 A section of Main Street from Washington Street to Grand Street has been closed to auto traffic.  Pedestrians are not allowed on Main from Rapallo to Washington.

Some residents and businesses have been allowed to enter non-threatened buildings to retrieve personal belongings and business material. 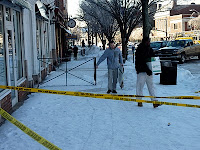 Charlie Lezick of Minuteman printers was moving material from his Main Street location to another business location in Wallingford.
Posted by Middletown Eye (Ed McKeon) at 9:59 AM