Shooting on Williams Street at MLB 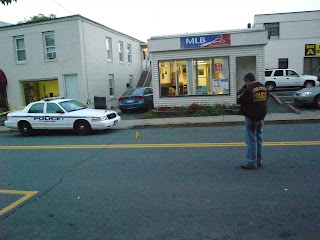 State police helicopters buzzed the center and Southern parts of town today in pursuit of suspected perpetrators of a shooting in front of MLB Barber shop on Williams Street. One man was shot in the leg and taken to Middlesex Hospital, where it was reported he would be transferred by Lifestar to a hospital in Hartford. 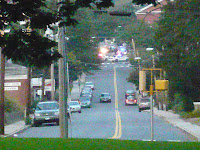 Details of the shooting were not available at the scene, but unconfirmed reports from people in the gathered crowd said there were two or three young men involved in the shooting, and that some had been apprehended already. News trucks from local TV stations were on site, so reports on the late news are expected.

This is the second shooting incident at the Williams Street barber shop. 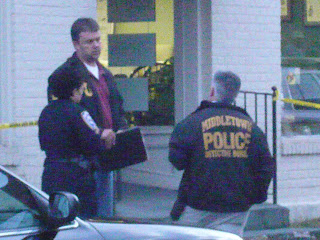 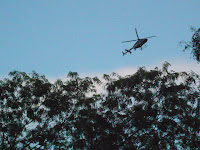 Thanks for your posts here and on Wesleying. I didn't know Middletown was into denying gang violence.


an additional link clarifying some misguided information seen in the media.

For the record, there was no shooting at Major League Barbershop. The shooting was on William St. As for the old red head chick who gave the false statement to channel 30 news, you should be ashamed of yourself. The police have never been called to MLB because of any fighting. You said in front of a camera "there is fighting and shooting down there all the time." If that's the case, you need to take that up with your local authorities because someone evidently is not doing their job. What did happen at MLB was the saving of a young mans life, but who wants to talk about that. That's just to positive. Isn't it! I have tons more to say, but we'll save that for a front page story. Think anyone wants to hear the truth about Major League Barbershop? Let's find out.........