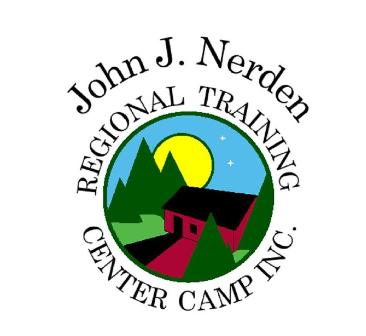 RTC Camper DJ Kleczkowski throws the ball at the Dunk Tank During Carnival Day at the RTC Camp.

RTC Camper Cisco Keyes throws the ball at the Dunk Tank during the Carnival Day at the RTC Camp.

It was Carnival Day at the John J. Nerden Regional Training Center Camp in Middlefield on Friday, July 23rd. It was everything that one would expect at a typical carnival but better. They had games, food, karaoke and even a Dunk Tank where a staff member acted as the "Dunkee" so the RTC Campers could try their luck and dunk the staff person. Multiply all of this by two and the result was an extraordinary day filled with smiles, laughter and high fives.

The camp serves people with intellectual disabilities and campers can start attending when they are 6 years old. According to Director Sue Chenard of Meriden she said the camp does not place an age limit when they have to stop attending camp. "People can keep attending past age 60. Our oldest camper is 67-Rose Macri of Meriden." The camp began its season June 21st and ended on August 6th. Its hours were Monday-Friday from 9 a.m.-3 p.m.

The RTC Camp served 50-75 campers a day with 15 full-time staff and approximately 45 volunteers as "Counselors in Training" according to Director Chenard. She stated "Not all of them(volunteers)come every day" due to other commitments.

Where do the campers come from? Chenard said "We serve many campers from all areas of the state. Not many camps like the RTC Camp." She did point out that the Meriden & Wallingford are the biggest areas, but they get campers from Middlefield, Durham, Middletown & Guilford.

How had the COVID-19 Pandemic affected the camp? "It hasn't affected the spirit of the camp. We try to make things as normal as possible so our campers will have a great experience. We do have to wear masks inside the buildings. We practice social distancing at camp, and we use hand sanitizers," stated Chenard.

Even though the camp season ended on August 6th this does not mean the end of fun for the RTC Campers.  Throughout the year the RTC Camp has activities for their campers.  According to Director Sue Chenard it is “By invitation only for the older group of campers.”  In October they have a Halloween party at camp.  The other activities take place in the Meriden-Wallingford area. In November it is an outing to a movie theatre, December-Christmas Party, and the other activities take place in February, March & May. 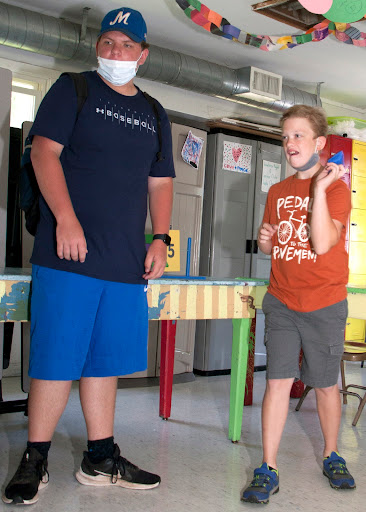 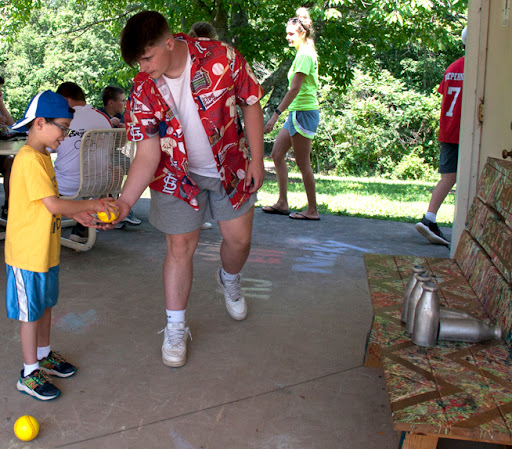 RTC Camper Evan Kane Gets Ready To Throw The Ball At The Dunk Tank During Carnival Day.

RTC Camper Sofia Rake throws the ball at the Dunk Tank during Carnival Day at the RTC
Camp.

RTC Camper Luke Walston gets ready to throw the ball at the Milk Cans during the Carnival Day at the RTC Camp. Walston did knock the cans down. 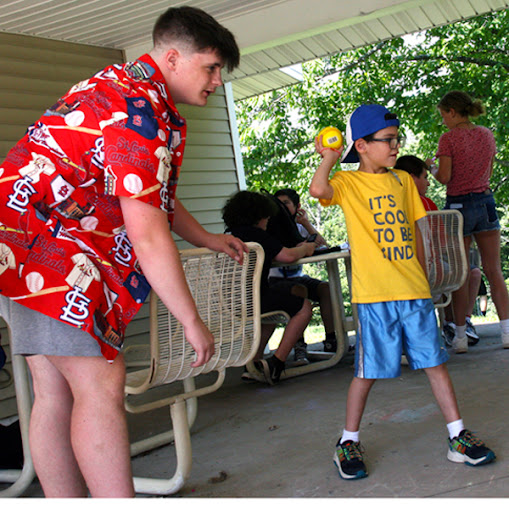 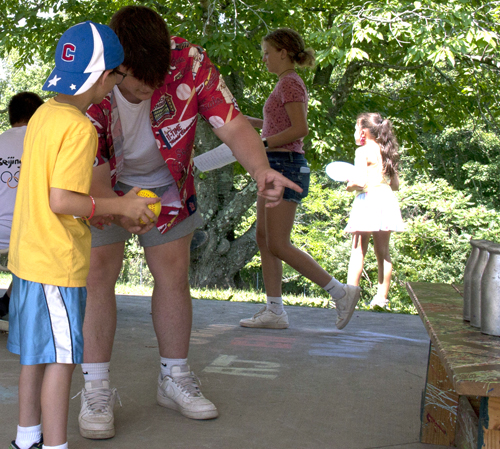 L-R: RTC Camper Clinton Parente gets pointers about how to knock the Milk Cans down from RTC Staff Noah Chambers. 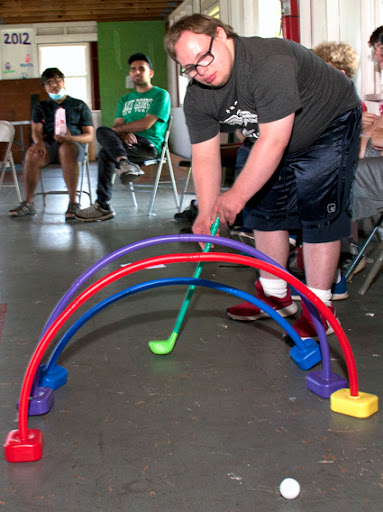 "There It Goes!" RTC Camper Clinton Parente Throws The Bean Bag Flying To The Hole While RTC Staff Noah Kleczkowski Watches From Behind.

Posted by Frank LoGiudice at 11:20 AM