An Evening with Rachael Sage at The Buttonwood Tree! 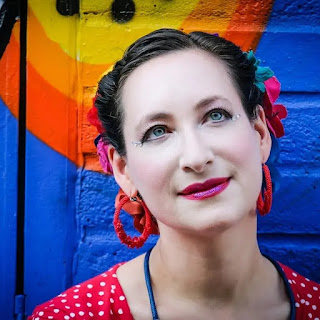 The Buttonwood Tree welcomes Rachael Sage who will be performing this Saturday from 8-10pm at 605 Main Street in Middletown.
A soulful vocalist and innovative multi-instrumentalist, award-winning singer/songwriter and producer Rachael Sage has been one of the busiest touring artists in independent music, usually performing 100+ dates a year with her band The Sequins throughout the US, UK, & Europe. She has earned a loyal following for her dynamic piano playing, delicate guitar work, and improvisational audience interaction. She has toured with an eclectic list of artists including Howard Jones, Ani DiFranco, Judy Collins, Beth Hart, and Shawn Colvin. Her music has been dubbed “wildly expressive” by Paste Magazine and Stereo Embers described Sage as “the kind of performer you can’t take your eyes off”. Her 2020 album Character yielded the Billboard-charting single “Blue Sky Days”; her latest project Poetica, an adventurous fusion of poetry with jazz, folk, and classical musical elements in the vein of Leonard Cohen and Laurie Anderson, is coming in Fall 2021.
For more information on the event, and to purchase tickets, visit buttonwood.org.
Posted by The Buttonwood Tree at 1:41 PM