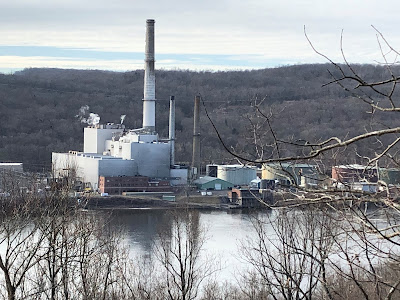 If you believe that the dangers of climate change are real, here is your chance to make a difference. The voices of the public will be critically important this coming week. The message is simple: We need to stop burning fossil fuels, not burn more!


On Thursday, February 11, starting at 6 p.m., the Middletown Common Council will host a “Workshop” on the proposed new combustion turbine at the NRG power plant on River Road. The meeting will be held virtually on WebEx. The link to the meeting can be found on the agenda . As of now, the WebEx meeting number is 179 397 6897 and the password is "Middletown." Dial-in info is also available on the agenda.

Following presentations by NRG and the Jonah Center/Ecoin (John Hall and Brian Stewart), there will be Public Comment, beginning around 7 p.m. Public Comment will be critical, and we strongly encourage all concerned citizens to participate, including those from nearby towns and statewide. Climate change is a global problem, but action needs to take place at the local level. Air pollution emitted in Middletown does not stay in Middletown. Portland and East Hampton especially feel the effects of Middletown’s power plants.

The message we need to convey is simple: We need to stop burning oil and gas. We need to develop renewables.

The Jonah Center is urging the Common Council to take the following specific actions:


At present the energy markets and electricity grid controls are all rigged to favor fossil fuels. Why?  Because that's where the money is. More information on the plant, emissions, and climate goals can be found on the Jonah Center website here. Please sign up for the Jonah Center newsletter on its  home page to stay informed about this and other environmental matters.

If you are unable to attend the workshop, please email the Mayor and Common Council with your views on the proposed project.

Further actions would include contacting Governor Lamont at governor.lamont@ct.gov  and the CT Siting Council at siting.council@ct.gov

I'm posting the following link to an article that seems to offer a helpful and balanced perspective. It does support the notion that we must stop burning fossil fuels now to avoid the worst consequences of climate disruption. In my opinion, this view provides for the best, long-term interests of the City, serving environmental, social and economic justice.